Ester Hodari’s kitchen house, Mforo, Tanzania a village near Moshi, Tanzania. Left, Ester’s brother-in-law Salim Jumanne 7, Ester cooking , her son Abuu Marijani, 5, her daughter Fadhila Marijani, 2 and her son-in-law Issa Abbas, 4. Ester Hodari, age 22 years old, cooks dinner using the traditional three-rock cook stove with a fire in the middle. These cookstoves use a lot of fuel, firewood, and produce a lot of smoke. Ester told us that cooking with this type of stove made her eyes turn red and she often had a chest cough. Her children, ages 5, 2 and 3 months are often with her when she is cooking. Her sister-in-law, Shadya Jumanne, age 11, helps her cook as well. Not long ago Ester’s 3 month-old developed a cough, It kept getting worse and so they took her by motorcycle to the hospital at night. Ester started really worrying about this. After this Ester and her husband agreed that they needed to buy a clean cookstove and started saving. The girl helping Ester cook in some of the images is her sister-in-law Shadya Jumanne, age 11. 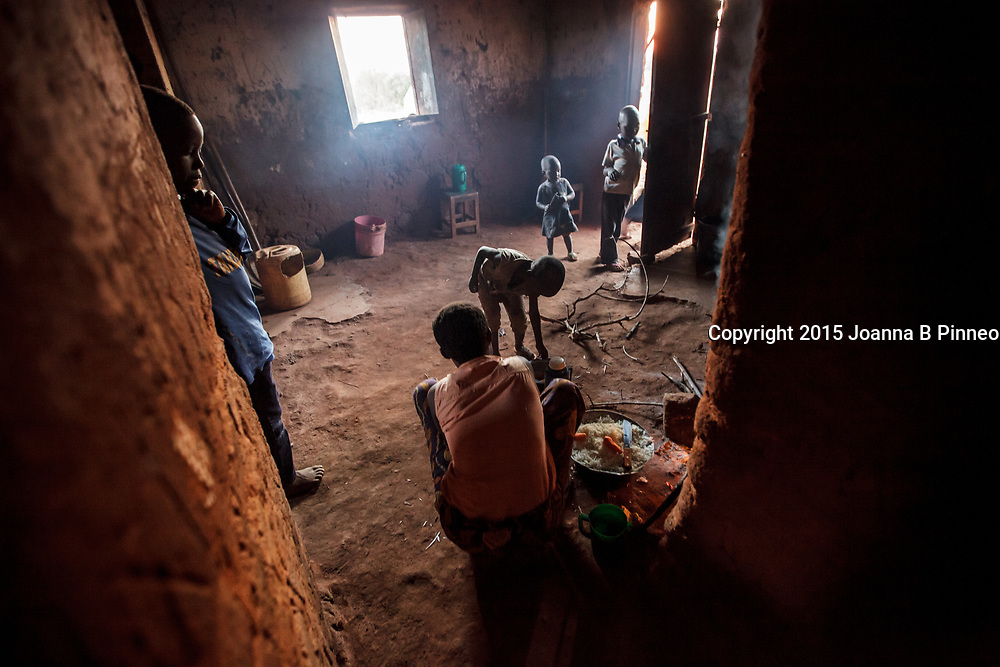