Jamshila Bina, Sonbhadra, Uttar Pradesh, India.
Children cross a bridge in the village of Jamshila Bina after school. The village is near a large dam and lake built in the early 1960’s. Open cast coal mining and thermal electric plants moved into the area after that.
A 2012 report by the Center for Science and Environment based in New Delhi sampled water, soil, cereals in the areas and villages around the lake. Most of the drinking water was found not suitable for drinking. A few of the towns that have water supplied by the companies or government are good. The results of the water, soil and fish sample testing indicate pollution due to mercury, arsenic, and fluoride. 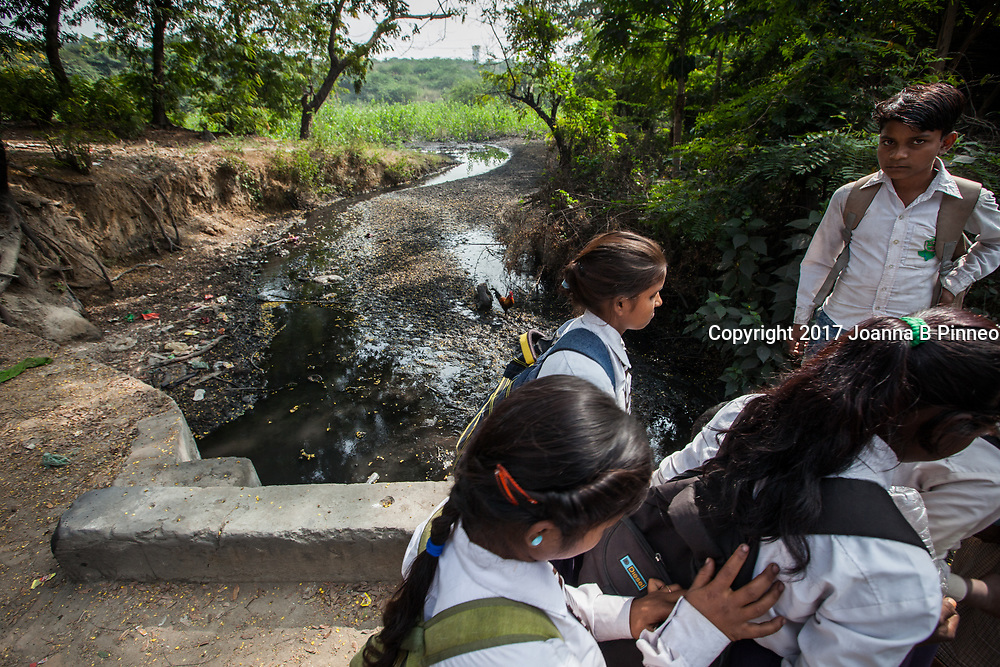