Gar Bandha, Sonbhadra, Uttar Pradesh, India. Sanjay Kumar’s skin issues likely come from mercury and arsenic which were found nearby lake, Govind Ballabh Pant Sagar, formed when the Rihand damn was built in 1961. The skin issues started in his feet. Now it is on his chest, hands, and mouth. At 16 and in 9th grade he worries that it will keep getting worse and he will die young. His village is near the Renutsagar power plant. Villagers here eat the fish from the lake. A 2012 report by the Center for Science and Environment based in New Delhi sampled water, soil, cereals in the areas and villages around the reservoir. Most of the drinking water was found not suitable for drinking. A few of the towns that have water supplied by the companies or government are good. The results of the water, soil and fish sample testing indicate pollution due to mercury, arsenic, and fluoride. 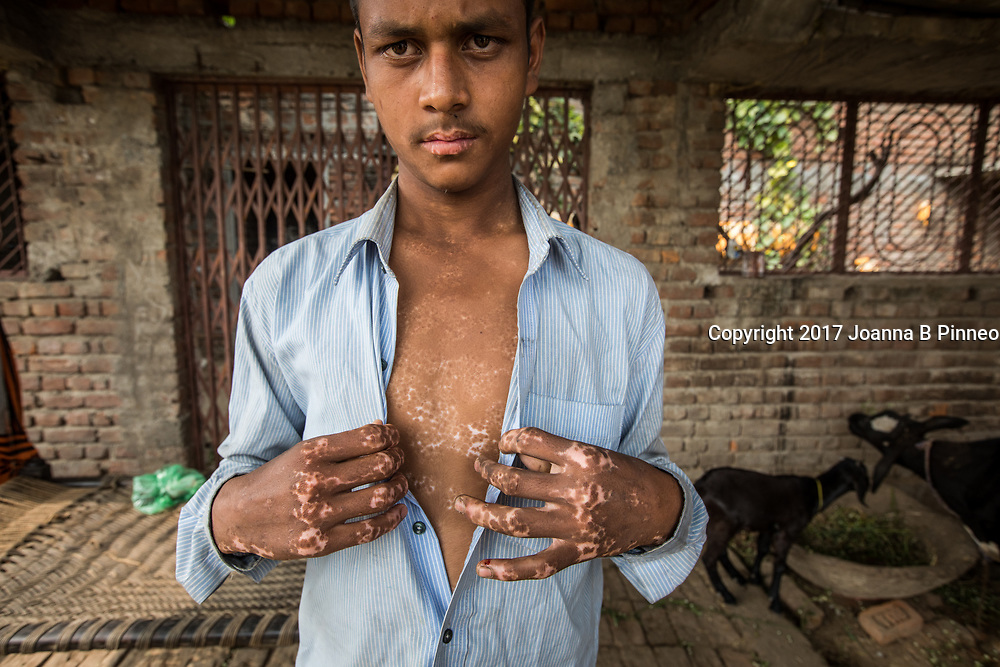