Mforo, Tanzania a village near Moshi, Tanzania.
Solar Sister entrepreneur Fatma Mziray, age 38 delivers a clean wood cookstove to Ester Hodari, age 22. Ester had been continually getting sick with a chest cough and red eyes. Often when she is cooking her three children are with her in the kitchen hut breathing in the smoke that is produced from the wood fire. Ester and her husband decided to purchase a clean cookstove from Fatma after their 3-month-old baby developed a cough and they had to rush her to the hospital. When Fatma demonstrated the new stove to Ester she saw that it used less wood and produced almost no smoke. Ester met Fatma when she married her husband and she moved to this village. She said Fatma is like a mother in the village and everyone knows and likes her. Ester’s daughter Fadhila Marijani, 2 years old, and her son Abuu Marijani, 5 re in some of the pictures.
Fatma Mziray is a Solar Sister entrepreneur who sells both clean cookstoves and solar lanterns. Fatma heard about the cookstoves from a Solar Sister development associate and decided to try one out. The smoke from cooking on her traditional wood stove using firewood was causing her to have a lot of heath problems, her lungs congested her eyes stinging and her doctor told her that she had to stop cooking that way. Some days she felt so bad she couldn't go in to cook. Fatma said, “Cooking for a family, preparing breakfast, lunch and dinner I used to gather a large load of wood every day to use. Now with the new cook stove the same load of wood can last up to three weeks of cooking.

“With the extra time I can develop my business. I also have more time for the family. I can monitor my children’s studies. All of this makes for a happier family and a better relationship with my husband. Since using the clean cookstove no one has been sick or gone to the hospital due to flu.” Fatma sees herself helping her community because she no longer sees the people that she has sold cookstoves h 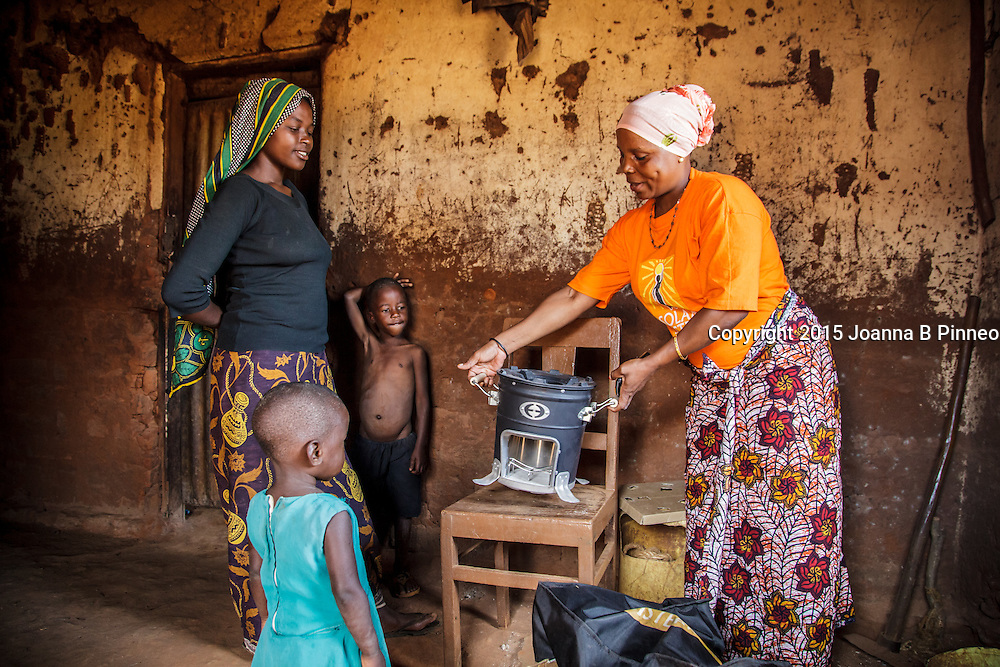