While working on a book about Native American Self Governance called Proud Nations, I had the privilege to photograph Cherokee Chief Wilma Mankiller. Wilma Mankiller became the first woman principal chief of the Cherokee Nation in 1987 and served as their chief until 1995, resigning due to health issues. Until her death in 2010 she remained a force in tribal leadership: political, cultural and spiritual. The day we met, despite difficulty walking, Wilma insisted on taking me down to this ravine on her ancestral property near Tahlequah, Oklahoma to be photographed. Her husband Charlie Soap helped her down the steep slope. Once there she stood silently, smiled and told me that she was so happy to have come down there again for she had spent many wonderful days as a child with her grandmother there. Ever optimistic Wilma was an advocate for Indian rights, women’s rights and indeed, human rights. Wilma Mankiller was a recipient of the Presidential Medal of Freedom. She was an advocate of education, healthcare, and job creation. I’ll leave you with a quote of hers, “Everybody is sitting around saying, 'Well, jeez, we need somebody to solve this problem of bias.' That somebody is us. We all have to try to figure out a better way to get along.” 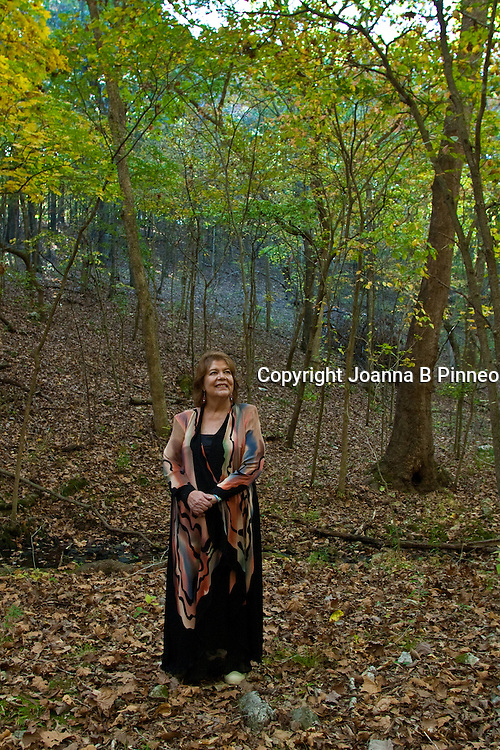