Anpara, Sonbhadra, Uttar Pradesh, India. Kohdauri is drying vegetables on the roof which she will cook later. Walking around the village everything is covered in black soot. I spoke with some residents including the current village chief, Premchand Yado, who has lived in the village since before the power plant came in 1980. Villagers started noticing health problems in the early 90’s about ten years after the power plant opened. The last ten years things have increasingly gotten worse. The power company has also increased cutting down trees and this seems to have added to the problems. At first, some years ago, they noticed allergies, sneezing coughing. Then a number of people started getting skin problems. People report trouble breathing, premature eyesight loss, fatigue, and weakness. Women report that their menstruation cycles are sporadic or non-existent. People report gut issues and cramping. Diabetes and childhood diabetes has increased as well. A doctor from Benares Hindu University has diagnosed kidney problems in some of the residents. Black coal coats the trees and plants. 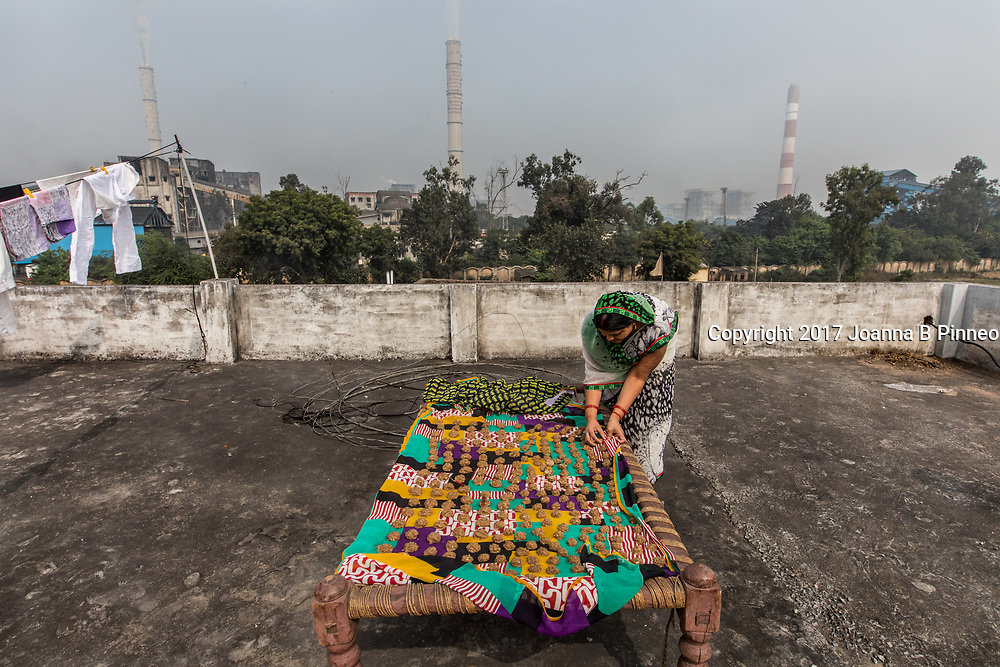